At Cauldron we have started the new year with the launch of a release, Yogurt!

This new release has lasted considerably longer than the previous ones, as the Christmas holidays have kept the development team a bit busy. Just before the beginning of Christmas we wrote a small post about some of the features that we had developed in those few days, we leave it here for you to take a look. 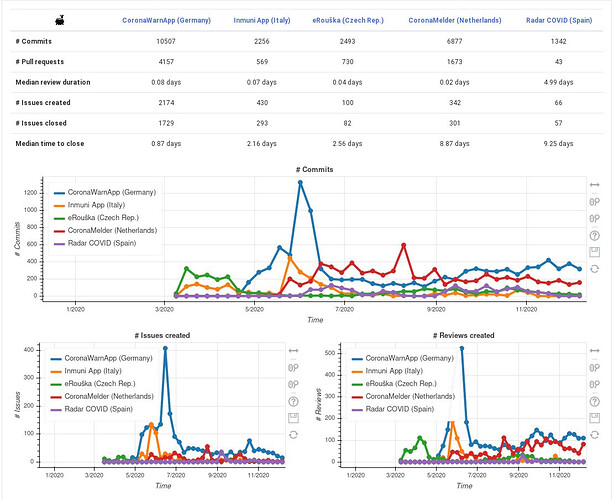 Among these new features pre-Christmas are the possibility of exporting project data in CSV format, being able to compare up to 5 projects on the comparison page, or the launch of a new metrics section on a project page.

It’s been a long time since we’ve released something like this, but a new data source has arrived at Cauldron, GNOME’s GitLab. This new data source will allow users of this custom GitLab instance to analyze the projects that are there. Remember that in order to carry out the analysis of these repositories you will need an account there. In the following release we will include more data sources related with GitLab like KDE.

One of Cauldron’s goals is that a user who once added an organization to analyze will not need to analyze again if new repositories have been added on GitHub or GitLab. To achieve this, we have taken a small step by storing some of the actions that a user performs, such as adding or removing a repository.

At Cauldron we have used several tools to analyze the use that users make of the platform, from Google Analytics to Matomo. After a while we have decided to switch to Plausible Analytics, a new GDPR-friendly open-source platform.

Lastly, we have modified some metrics and visualizations that we use in Cauldron, which had some bugs. Along with that, we have updated its documentation.

We hope you like these new features and that this new year brings many improvements to Cauldron, do not hesitate to request new features!

I love the capability to analyze GNOME projects hosted in GitLab. Would it be possible to analyze any open source project hosted in self-hosted GitLab instances?

The way I see this would be a form that when you select GitLab as data source, give you something like:

And the GitLab Host URL (gitlab.com by default) could be changed by the user to the custom URL (e.g. gitlab.gnome.org)

Hi, sorry for the late response, we didn’t get notified.

Right now it is not possible to perform that kind of analysis, but we have made many of the necessary changes to be an option.

That form should contain more fields, like a token, or if it is an instance available for all the users the Oauth keys.

I will open a ticket with your question at https://gitlab.com/cauldronio/cauldron/-/issues

Thank you for your proposal!