We are pleased to announce the release of Cauldron Godojos. New features in this release include Kibana reports, fork of Cauldron reports, embed report analysis anywhere, and many UI changes.

OpenDistro for ElasticSearch developed a new feature to create reports from Kibana dashboards and visualizations. From Cauldron we have enabled this feature now that it is in a more stable state. You can only download a PNG or PDF of the current visualization from the top side menu:

Scheduled reports are not enabled in Cauldron. Repositories are not automatically updated, so you won’t get anything special from that feature in Cauldron at this time.

You have told us on numerous occasions that it would be nice to have a button to clone reports without having to create it from scratch. We have included that feature in this release. You can “fork” any report and you will get a copy of it.

Currently, we are working on new methods to share your report anywhere. We have created a SVG image that can be included, for example, in the README.md of a repository.

Using the following snippet you can share an updated year-over-year image of your report:

We are planning to create more badges and visualizations to be shared easily anywhere. 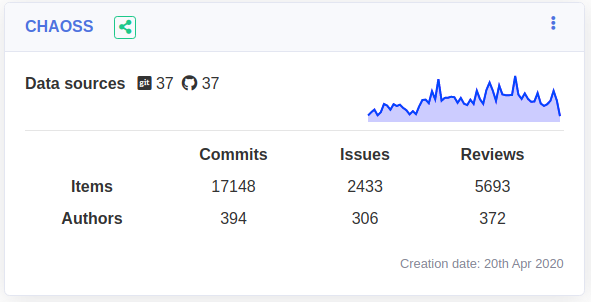 We are also updating the report page to include information of the report grouped in small cards. This is a first version and we will update it in the near future: 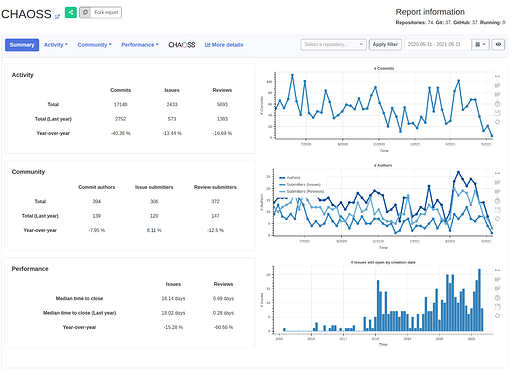 We also performed small UI and performance changes to improve the look & feel and fixed some issues reported by the community.

Finally, we have written a small post about one of the main features from an old release: Export data as CSV.

We hope these updates improve your experience with Cauldron, and we’ll see you soon in the next release!

Whow! So much new amazing stuff!!!

@itamarhaber, welcome to the forum!