In this new version of Cauldron, Barcones, we have been working on some UI improvements, backend optimizations and some new features.

The most striking thing that you will see the next time you log in to Cauldron will be the new sidebar that we have included in almost all the pages that make up the platform. This new bar aims to reduce the button overload that some pages suffer, in addition to offering several quick shortcuts for users. This first iteration is not yet the final one, so any kind of feedback you have about it is more than welcome.

For those users who have their own Cauldron instance deployed, you will be happy to know that we have included some mechanisms to restrict the use of Cauldron to those users you want. In this way, you can prevent your instances from being saturated with work from external users (if you don’t have other isolation mechanisms). 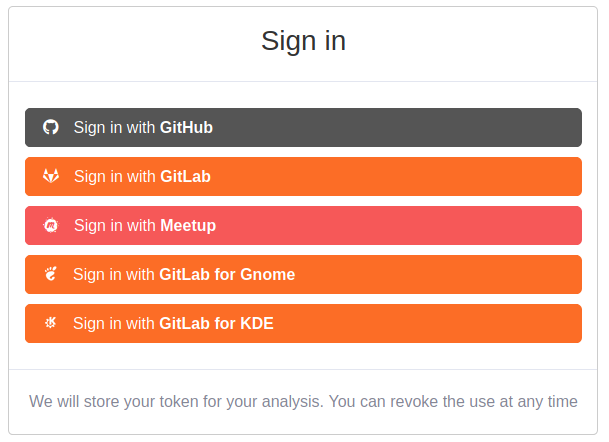 We know that the project comparison page is a powerful tool, but it can sometimes take a while to load results when asked to compare very large projects. That is why we have modified the behavior of this page to load only those data from the tab the user is in (previously all metrics and graphs were calculated at the same time)

In the last release we included the possibility to analyze KDE’s GitLab projects. To give it a start, we have written a small post in which you can learn how to analyze this type of projects, take a look!

Finally, we have fixed some small bugs that we have discovered and others that you have reported to us, thank you very much!

This release is a bit short, but it has improvements that we think will make using Cauldron more enjoyable!